The U.S. Fish & Wildlife Service Forensics Laboratory is the only Lab in the world dedicated to crimes against wildlife. We created a site that addresses specific audiences, including scientists, law force investigators, students and educators. 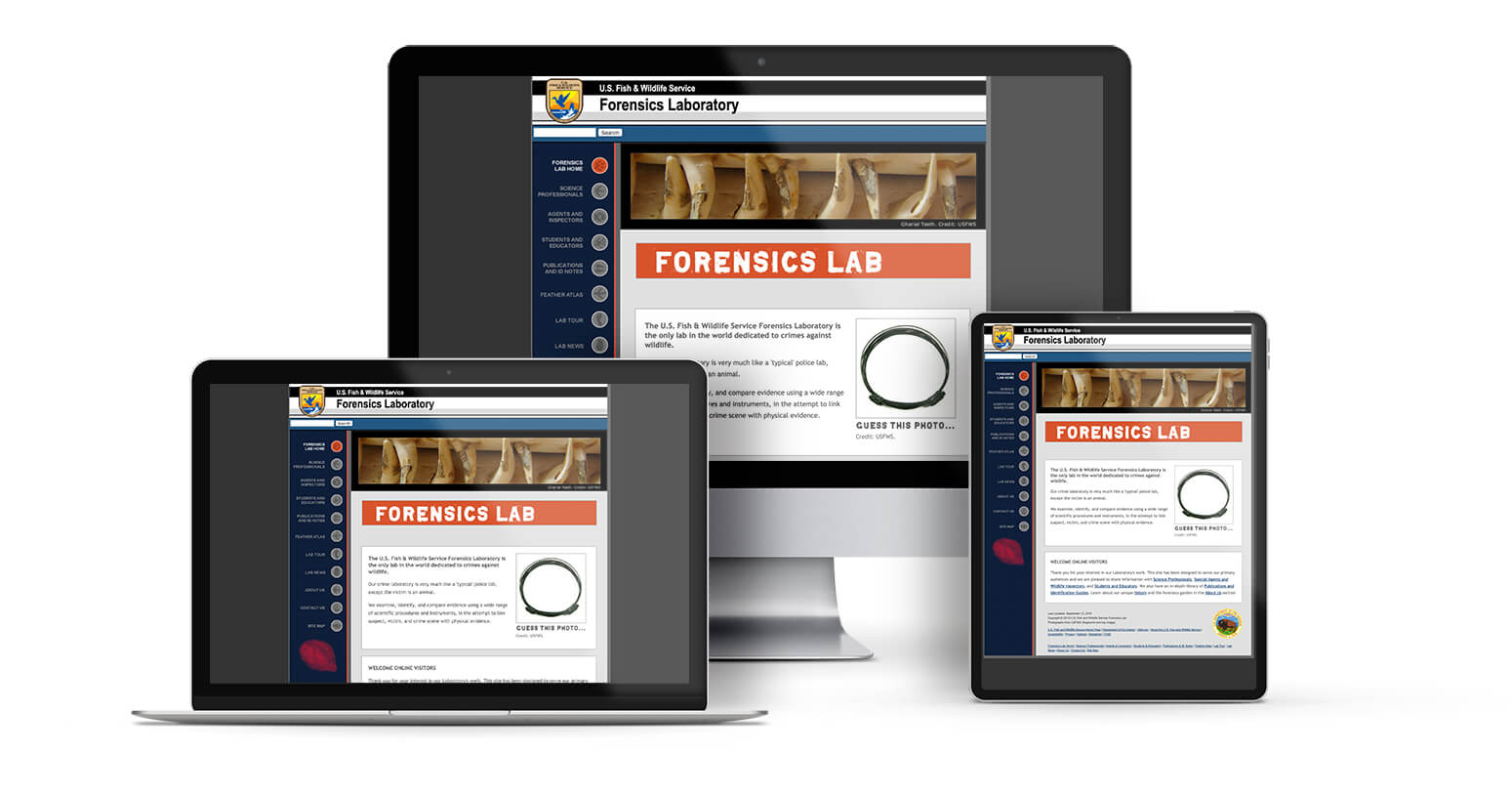 The U.S. Fish & Wildlife Service Forensics Laboratory is the only Lab in the world dedicated to crimes against wildlife. Multiple branches of science collaborate under one roof, with scientists evaluating evidence in an attempt to link suspect, victim, and crime scene.

Ruby Slipper has worked with the Lab on several web-projects, including redesigning their site from the ground up. We identified three key audiences: scientists, law enforcement agents, and students and educators — and architected the site with information pertinent to each. We brainstormed interesting ways to communicate the Lab’s work, such as Mystery Photos which tell the story about an unusual photograph.

“Working with Erin was a delightful process. I was apprehensive that it could potentially become a difficult management situation, but with Erin’s organizational skills, it was a collaborative, creative and positive process. We came in with some very special needs — to present information scientifically and academically, but not come across as bureaucratic. And that’s exactly what we accomplished. I continually hear ‘WOW, you guys don’t look bureaucratic!” 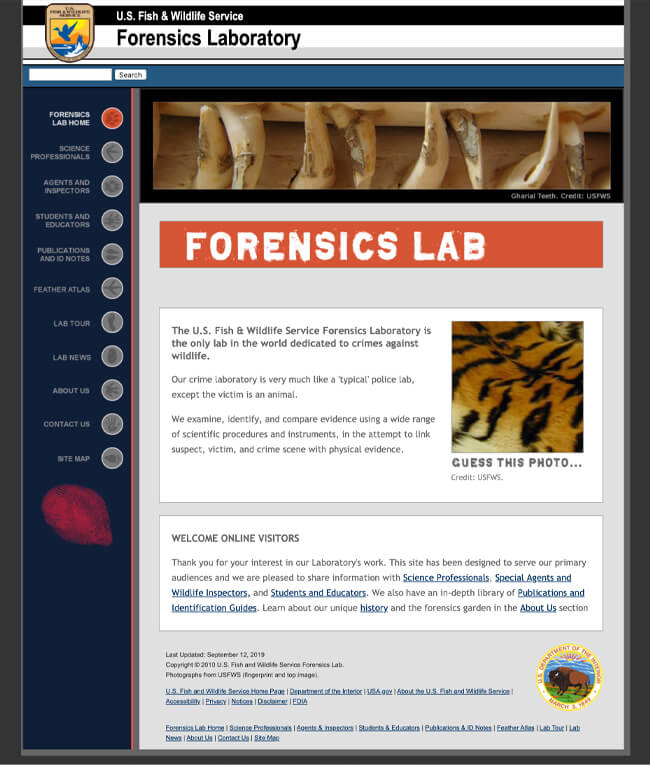